onesidedlp by Lytic
Lytic are a two-piece screamo band from New York, New York that have been around since at least 2016, but only recently released their debut recorded material. They dropped this EP in December 2018, the records arrived maybe a year later, and a split with living legends Shizune on Zegema Beach Records. Speaking of legends, Lytic is notable for being the newest project from Jamie Behar, a former member of Saetia and Off Minor. “onesidedlp” was also produced by fellow Off Minor/Saetia alumni Steve Roche. As expected, this new material is insanely killer. It blends the chaos of emoviolence with the jittery jazz rhythms of Off Minor, all while adding melodic tinges and maintaining a fresh, organic sound. – Sophie’s Floorboard

One sided 12″ with embossed covers and etched B-Sides. Etching designed by Girl in Amber.

Feel free to order writing a mail to: hello@krimskramzstuff.com Here's the full list (updated on 25.01.2021): 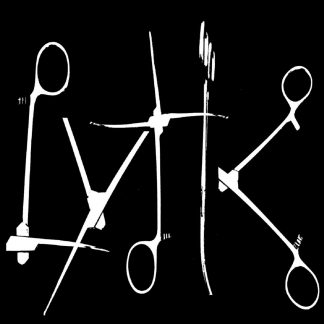